When the final match of the women’s tournament at the 2018 FISU World University Beach Volleyball Championship came to an end, two sisters were standing on top of the podium with gold medals around their necks for the first time at an international competition.

For twins Megan and Nicole McNamara, the moment was extremely special for them, not only because it was a major accomplishment, but because of whom they experienced the moment with. 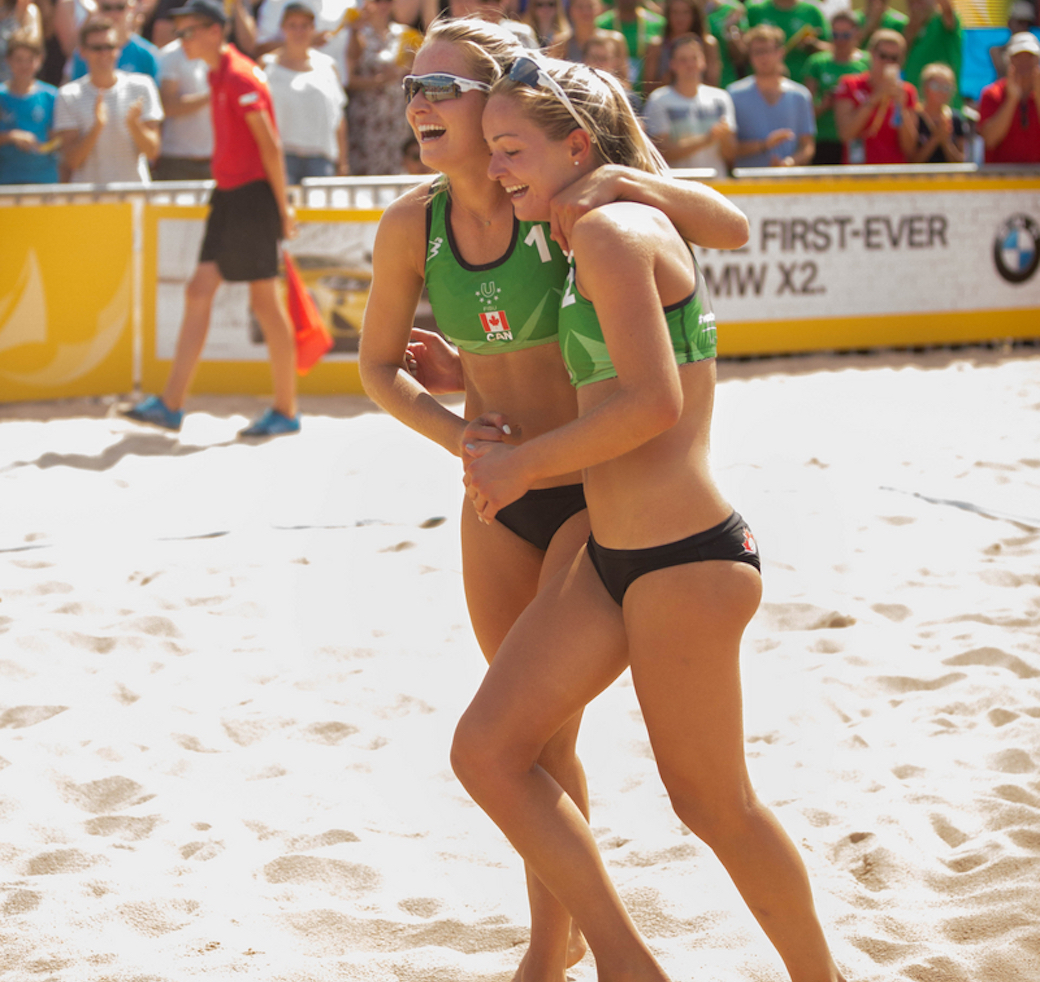 “To look out and see my mom, my dad and Kyra our coach who has been working with us since we were young,” says Nicole. “Just to see them so happy and proud, that was what did it for me. I got really emotional just being able to share that experience not only with Megan, but with my family and my coach.”

For the pair of young Canadian beach volleyball stars, family is extremely important to them, noting that growing up in Tsawwassen, B.C, a suburb just outside of Vancouver, they were constantly supported by their grandparents, aunts and uncles and of course, their parents. 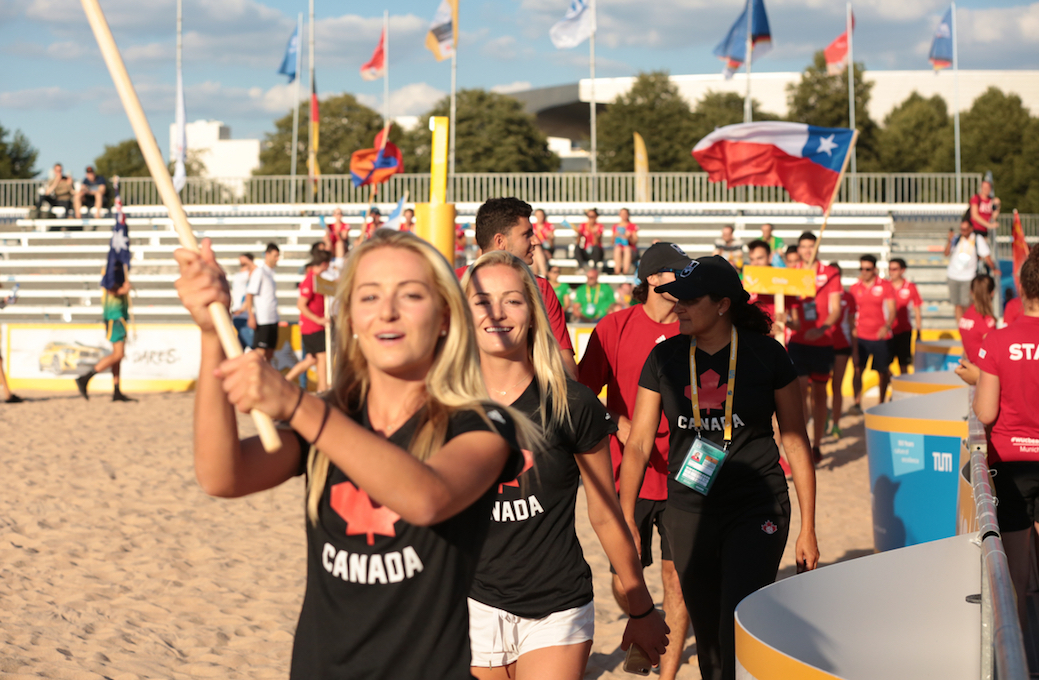 As young children, the “sporty” sisters were always very active, playing on a variety of different teams that their parents enrolled them in or that they were taught in elementary school, as part of the physical education curriculum. As fate would have it, volleyball would be the sport that the sisters would gravitate to, however, not indoor volleyball, but beach volleyball. A perfect fit for two sisters and best friends, who have always been inseparable.

Like many Canadians, the McNamaras looked to create many family memories with their children by going on a yearly vacation, each time to the same resort in Mexico. While most travelers on vacation tend to bring home souvenirs to remember their trips around the world, and may even learn a few words of the local language, all while returning home with a glistening tan from lying on the beach, the sisters brought home something else from these vacations – a passion for beach volleyball.

“We go to the same resort every year, and there was a court there,” says Megan. “Our dad would play for fun and we would just kind of sit on the side and watch and we’d start thumping the ball back and forth and we really loved it.”

With the warm sands of Mexico in the twins’ rearview mirrors, the sisters returned home to British Columbia, and after learning about an up and coming beach volleyball camp in Vancouver, the pair began training.

After a few training sessions, one of the supervising coaches pulled the twins’ mother aside, stating that he saw a future in the girls and the rest is history. 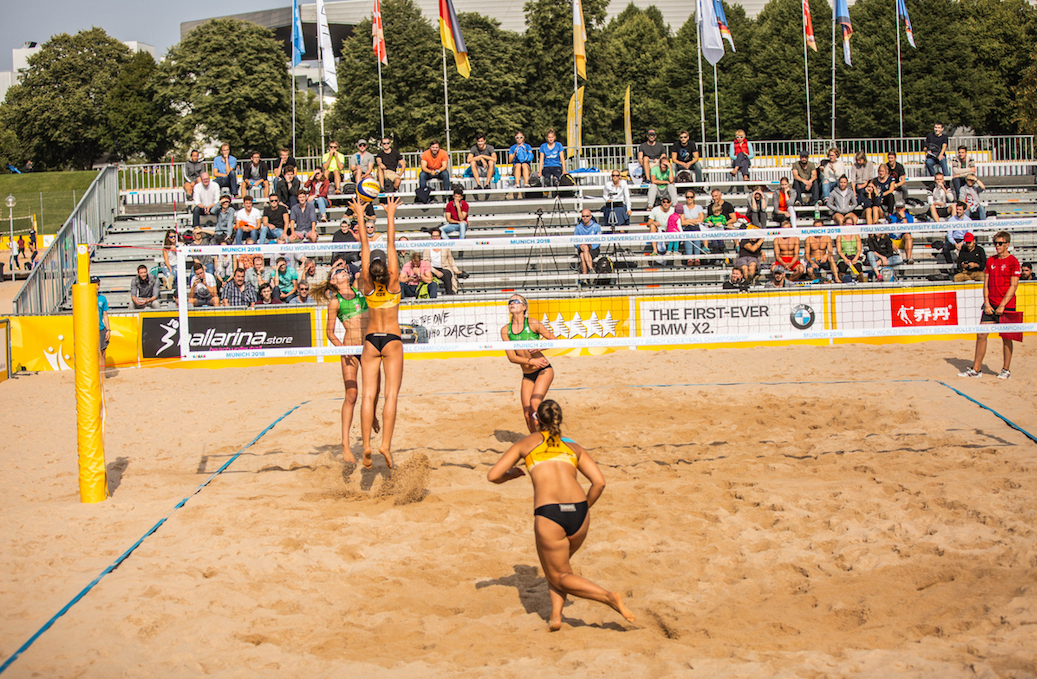 Since starting to play beach volleyball around the age of 13, the non-prototypical beach volleyball players – as described by the sisters because they are undersized in comparison to the rest of the competition – have gone on to pad their sporting resumes with a long list of accolades. A list of accomplishments that includes a silver medal from the Youth Olympics in 2014, U19 World Championship bronze in 2014 and a 2016 FIVB U21 bronze. Not to be forgotten is that the twins are also NCAA beach volleyball champions, having won the UCLA Bruins’ first title in the program’s history this past year, in what was their junior season.

“The NCAA, (particularly) the structure, the intense training that we get there, the weightlifting and the top level coaching has all been so helpful,” says Megan, in regards to how the NCAA has helped her and her sister take their game to the next level.

Coming off of an incredible season at UCLA and FIVB Beach Volleyball World Tour debut in Bangkok, Thailand this May, the pair did not disappoint in Munich, opening the competition with a perfect record in the round robin. 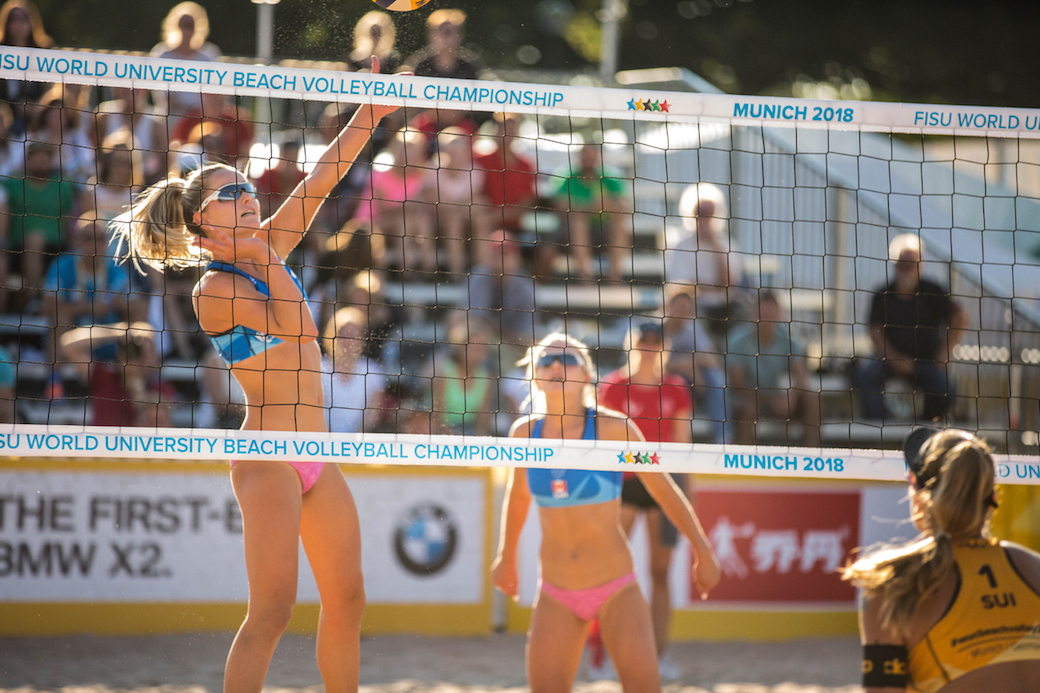 “Our communication at the (World University Championship) was some of the best that it’s ever been. We stayed patient with each other and ourselves throughout the whole week,” says Nicole.” If things weren’t going great, we stayed patient and just tried to work through things and just focused on playing our own aggressive style and staying confident even if we were down. I think we used our partnership to our advantage and it helped us out in the end.”

The McNamaras faced adversity in the quarter and semifinals, as the duo were forced to rely on their aggressive serve and fast offence, as they rallied off two straight come-from-behind wins before facing the Spanish team in the finals.

After winning the opening set and losing the second, the twins regrouped and found their confidence again, knowing that they had rallied in a third and decisive set many times over. 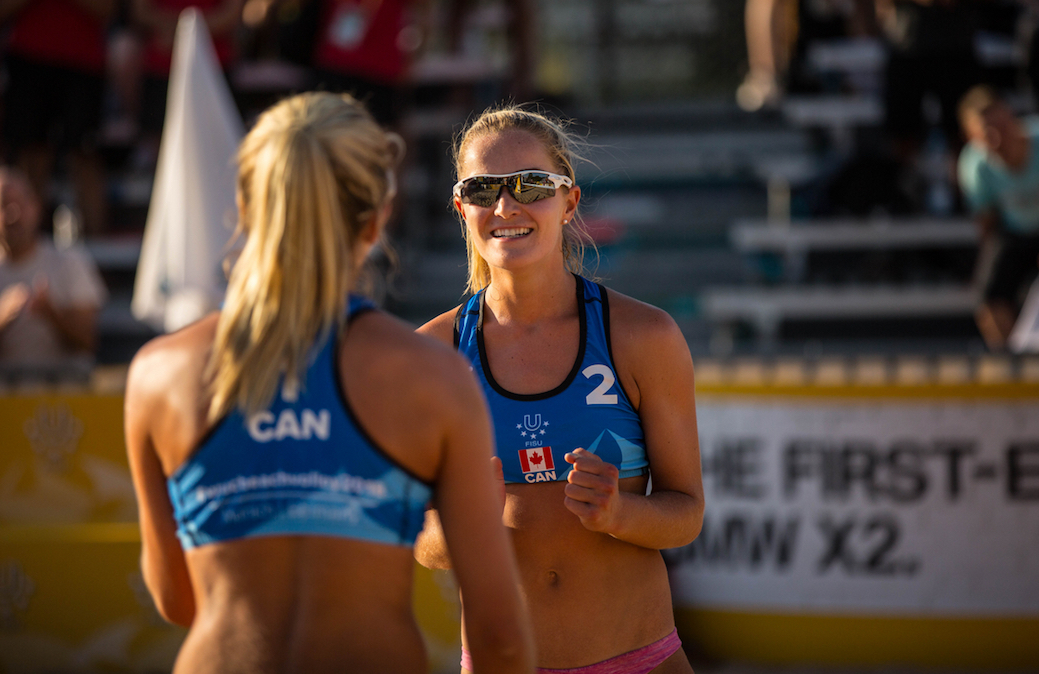 “The defender on Spain went up to do a poke shot over the block and Megan delayed and she went up and swatted it and threw it back down and she just turned and we locked eyes and just celebrated that point so hard,” says Nicole as she reminisced about the game. ”That’s when I knew we were going to win”

The sisters would go on to win the final set 15-10, en route to capturing the gold medal.

“I felt like I was kind of on a cloud,” says Megan. “I was so happy because we have won bronze medals, silver medals internationally, but never a gold.”

In the end, the opportunity to wear the Canadian flag and represent Canada was an honour according to the twins, who along with former U SPORTS volleyball players Jake MacNeil and Gabriel Burlacu of the Windsor Lancers – finishing eighth in the men’s competition – made up the Canadian contingent in Germany.

With a gold medal around their necks and a strong support system behind them, Megan and Nicole will now wrap up a six-week road trip of competitions, before heading back to sunny Los Angeles to compete in their senior season at UCLA.

After having achieved so much at such a young age, there is no telling what the McNamara sisters can do. One thing is for certain, however, Canadian beach volleyball is in good hands.

Getting to know your U SPORTS student-athletes: Claire Mackenzie, Waterloo Warriors