WINNIPEG (U SPORTS) – The McMaster University Marauders defeated the University of Manitoba Bisons in the consolation final to secure a fifth-place finish on the third and final day of the 2022 U SPORTS Men’s Volleyball Championship at the Investors Group Athletic Centre.

The Marauders came out in dominating fashion, starting the first set on a 7-0 run. The sizable early lead proved to be insurmountable for Manitoba as McMaster went on to take the opening set 25-17. The 2022 OUA champs continued to display their dominance in the second set, taking it by a score of 25-14. In the third frame it was the Bisons who turned in a convincing performance, winning the set 25-16. The two sides battled to a 25-25 tie in the fourth set before the Marauders took the set 27-25 to secure the match.

Second-year Marauder, Peter Rugosi, registered ten kills along with four digs to help clinch the fifth-place finish for his squad. Darian Koskie recorded 7 kills and a hitting percentage of .467 to lead the Bisons, who as the hosts of the championship, will finish in sixth.

As a team McMaster recorded a .284 hitting percentage in the match while Manitoba posted a percentage of .189.

The Marauders came into the weekend ranked No.2 but were upset in their quarterfinal matchup against the University of Calgary Dinos, 3-1. McMaster responded with a 3-1 win in the consolation semi-finals over the Queen’s University Gaels before claiming victory over the host Bisons in the consolation final to close out their tournament.

Manitoba began with their tournament with a loss to the No.1-ranked Trinity Western Spartans in straight-sets. The Bisons responded with a 3-0 win over the University of Toronto Varsity Blues in the consolation semi-finals before closing out the weekend with the loss to the Marauders. 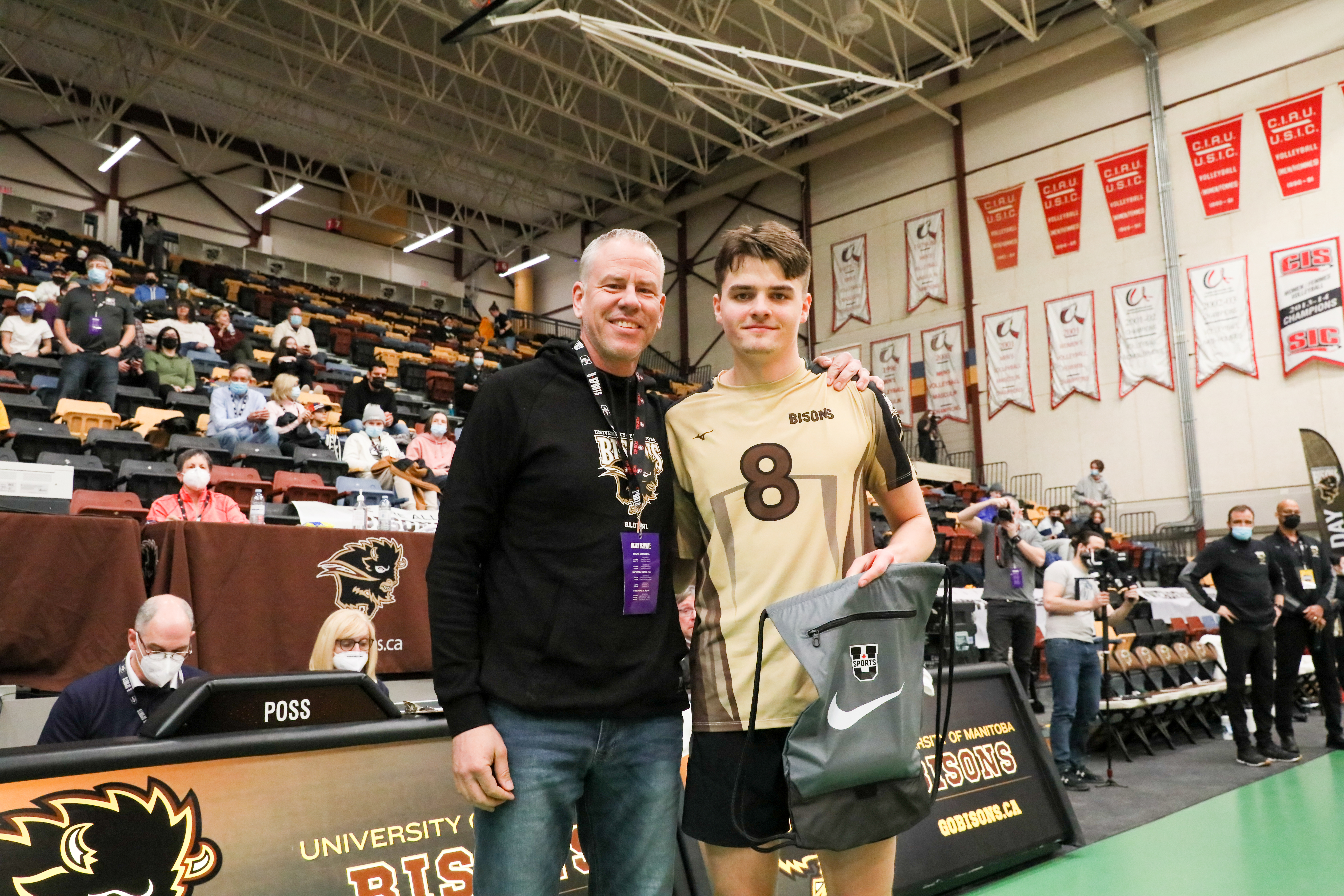