TORONTO – The two-time defending champion University of Victoria Vikes came back with a vengeance, defeating the host University of Toronto Varsity Blues 1-1 (3-0) in a shootout in Game 2 of the 2021 U SPORTS field hockey championship at Back Campus Fields.

With the win, the Vikes even the best-of-three series and force a winner-take-all Game 3, set for tomorrow (Nov. 14) at 2 p.m.

Victoria hands the OUA champion Blues their first loss of the season and narrows an already-close head-to-head gap with U of T (13-14-7) in all-time meetings at the U SPORTS championship.

2021 U SPORTS rookie of the year Chloe Langkammer earned Nike Team player of the game honours in the Vikes victory. Her teammates Cara Butler, Anna Mollehauer and Madeline Mittelsteadt all scored in the shootout, while Robin Fleming turned aside all three Toronto shooters she faced.

“Yesterday we had a tough loss in the shootout but today we came back with our hearts in, so we were ready for anything,” said Langkammer.  “We worked really well as a team today so I’m really proud of how we responded from yesterday’s loss and won it back today.”

After a scoreless first half, Langkammer got the Vikes on the board in the 35th minute, forcing a turnover and sending a nice shot into the bottom right corner of the net. 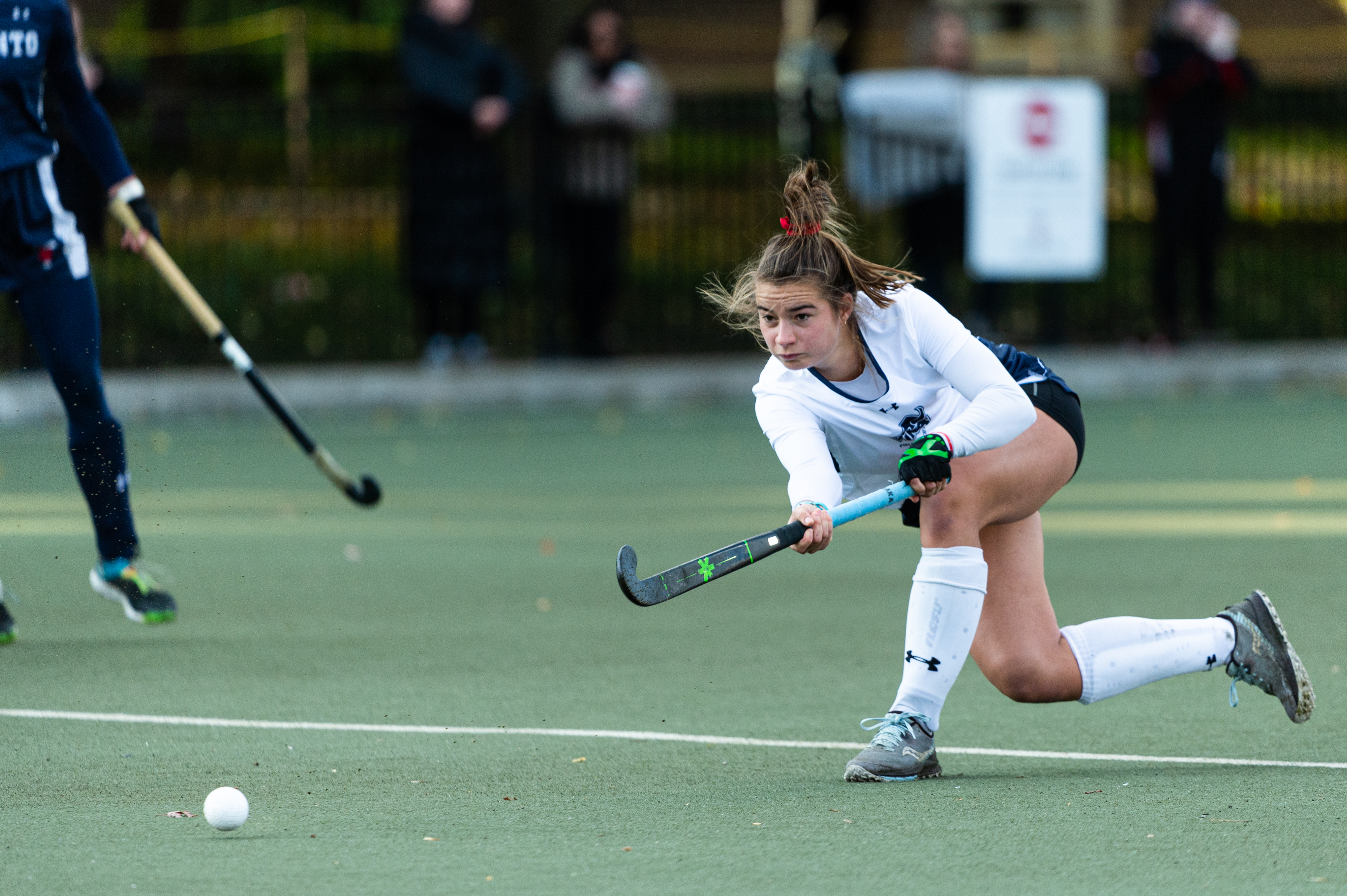 “I was kind of shocked,” she added. “I put pressure on their right D and ended up winning the ball so it was basically straight to net from there and I think it caught me by surprise a little bit but it was a nice way to start the second half.”

The Duncan, B.C., native almost doubled the Vikes lead early in the fourth quarter but Deepi Gill, who earned Nike Team player of the game honours for the Blues, came up with a diving save to keep the game within reach.

U of T put the pressure on late, being awarded three penalty corners in the final four minutes of the game. The third time was the charm as McKinley Kennedy tipped in fellow rookie Mia Zurkovic’s shot to even the score in the 57th minute and force the shootout. 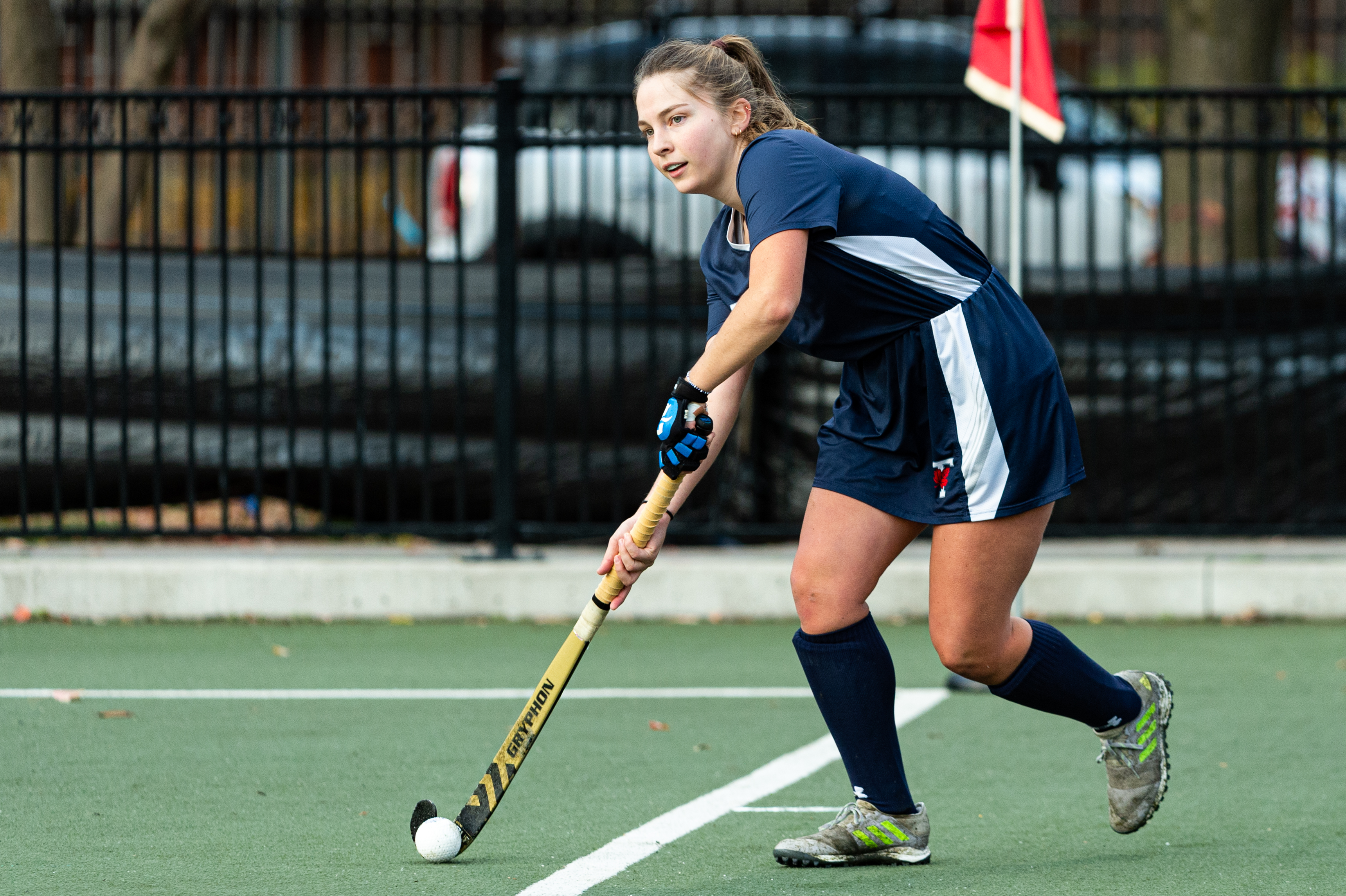 Toronto, who took Game 1 of the series 1-1 (3-2) in a shootout on Friday night, was unable to find their groove until late in the fourth quarter.

“I think Victoria came out and dominated the first three quarters,” said Varsity Blues head coach Cass Mendonça. “I think in the last five minutes we came to play and got a couple of corners and put one in. We definitely didn’t play to our game plan today. I think we have to come and play Blues hockey and that’s what never happened today but I think we’ll be ready for tomorrow.” 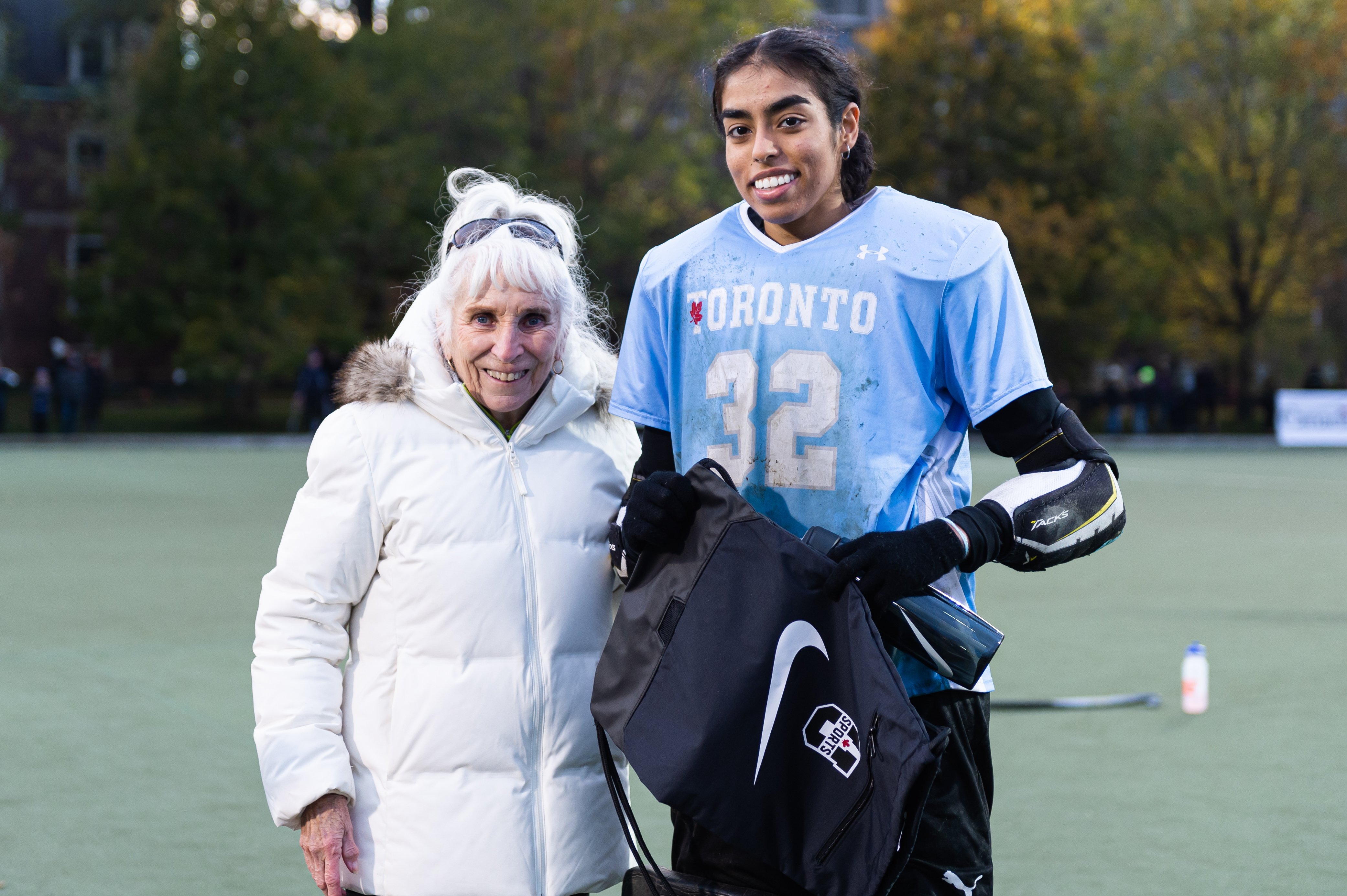 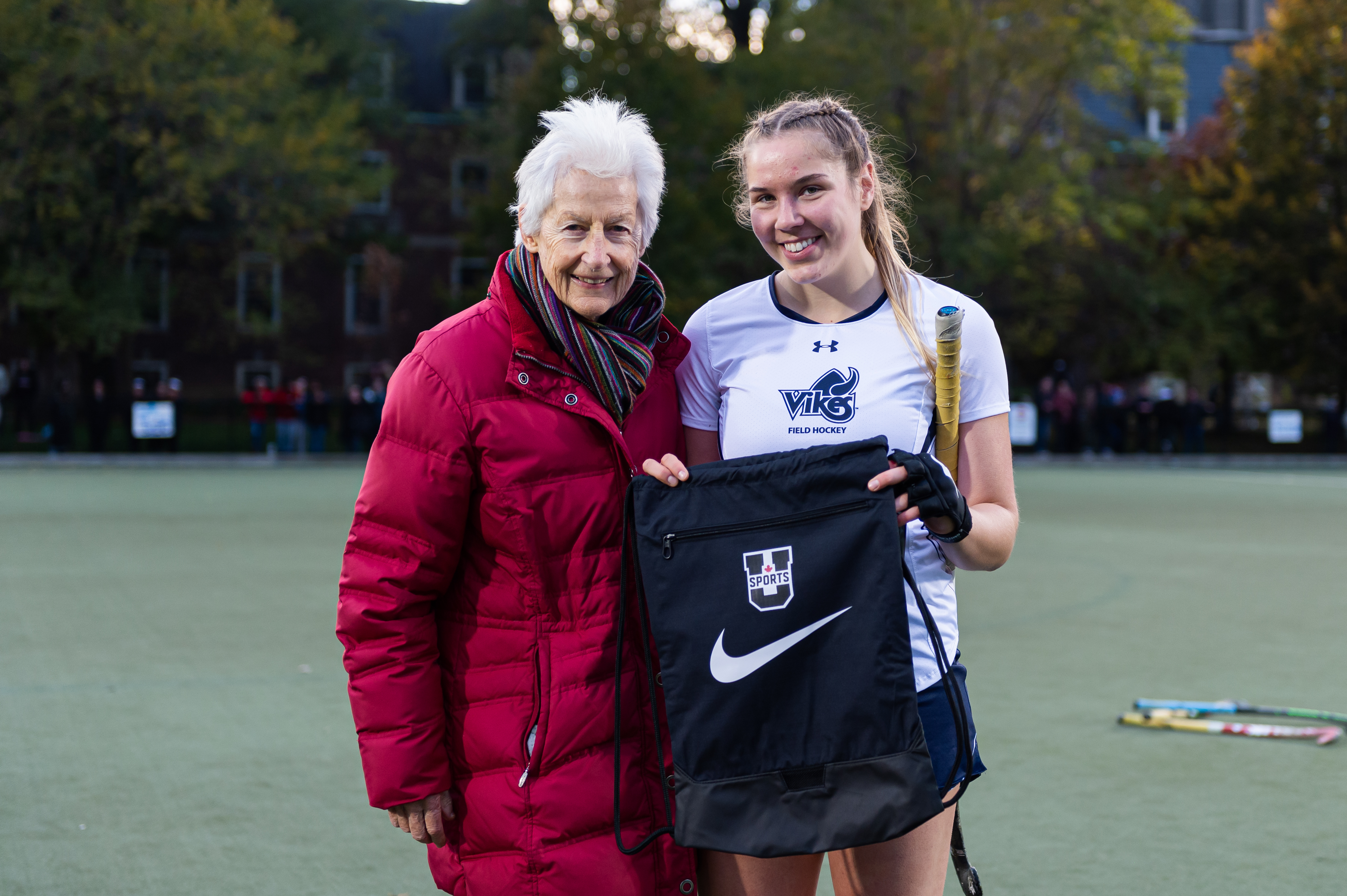